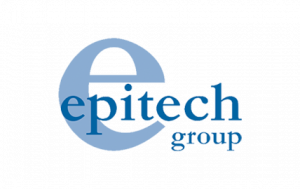 Epitech Group SpA is a biological pharmacology company founded in 2001 by experts in the sector who, starting from significant experience in the field of lipid chemistry, have focused their activities on the identification, characterization and validation of new pharmacological modulation mechanisms and in order to produce innovative therapeutic systems capable of preventing or slowing down the neuroinflammatory processes associated with chronic diseases. The products developed by Epitech are based on natural active ingredients belonging to the Aliamides family (Autacoid Local Inflammatory Antagonist Amide) or N-acylethanolamines (NAE). These are natural molecules, poorly soluble in water, however they can be suitably processed to reduce their particle size and make them more soluble and easily absorbed by the body. Epitech's main therapeutic products are based on the use of ultra-micronized PEA (PEA-µm) or active ingredients capable of increasing endogenous levels of PEA.

Collaborations with the ICB

The interest in intensifying studies and research aimed at the characterization of NAEs and derivatives together with the aim of defining the protective role that these molecules could potentially play for our health in oreder to develop innovative products capable of slowing down the development and/or progression of pathologies of enormous social interest such as chronic diseases have lead to a fruitful research collaboration between the Institute and the company Epitech Group SpA. Epitech, with the support of the ICB-CNR, in recent years has been able to develop and/or participate in various R&D projects subject to major financial subsidies in the context of National and Regional Operational Programs. Among them, Epitech and ICB have developed/participated in the following projects:

The results of the R&D projects have been the subject of numerous publications in international scientific journals and patents.

The R&D activity of Epitech Group is based on a network system able to create highly effective functional connections between its internal structures and the public Research Groups of absolute excellence operating in sectors strategically selected. This intensive R&D cooperation started in the early 90s when, together with the research group of a prominent Italian scientist and Nobel Prize for Medicine, Rita Levi Montalcini, it has been clarified and understood the importance of a modulatory intervention on the non-neuronal cells (Mast cell, Microglia and Astrocyte) with the aim of attenuate Neuroinflammation, Pain and Neurodegeneration determined by various diseases. Professor Montalcini guessed, and confirmed, the biological mechanism regulating non-neuronal cells, that she coined ALIA (Autacoid Local Injury Antagonism)1. Following this extraordinary insight, it was discovered, by our research laboratories, the regulatory function of Palmitoylethanolamide (endogenous lipid), exerted at first on the Mast cell and later on, with the contribution of International Researchers, on Microglia and on Astrocyte2,3. Then, on a clinical level, arose the need to render the Palmitoylethanolamide active, thus absorbable. This lipophilic compound in its naive physical state (post-production) exhibits particle dimensions too large (from 2000 µm to 50 µm) to guarantee the physiological gastroenteric absorption, therefore its activity on non-neuronal cells. This has been overcome. The reduction of the Palmitoylethanolamide particle size is possible through the patented technological advancement of the micronization process, developed by our Research Laboratories. Micronization allows to reduce the size up to 1000 times more and to produce two active and highly safe formulations of Palmitoylethanolamide4:

This website uses cookies to improve the user's experience while surfing this website. Among these, the necessary cookies will be saved in the broswer since they are essential for its basics functioning.
Functional
Functional cookies help to perform certain functionalities like sharing the content of the website on social media platforms, collect feedbacks, and other third-party features.
Performance
Performance cookies are used to understand and analyze the key performance indexes of the website which helps in delivering a better user experience for the visitors.
Analytics
Analytical cookies are used to understand how visitors interact with the website. These cookies help provide information on metrics the number of visitors, bounce rate, traffic source, etc.
Advertisement
Advertisement cookies are used to provide visitors with relevant ads and marketing campaigns. These cookies track visitors across websites and collect information to provide customized ads.
Others
Other uncategorized cookies are those that are being analyzed and have not been classified into a category as yet.
Necessary
Necessary cookies are absolutely essential for the website to function properly. These cookies ensure basic functionalities and security features of the website, anonymously.
Unnecessary
These cookies are not necessary
SAVE & ACCEPT
Powered by